THIS IS THE PLACE FOR DISCOVERIES AND DISCUSSIONS OF THE MOST INVENTIVE ART FORMS – ALL KINDS OF ART THAT IS FAR-OUT, FANTASTIC, FREE-SPIRITED, FUN, FUNKY, PHENOMENAL AND GOOD FOR THE SOUL. (MAMA CALLED IT SUI GENERIS)

THIS IS IT. YOU FOUND IT. THE TEASER WEBSITE OF brutjournal,
THE NEW ONLINE MAGAZINE, WHICH WILL START PUBLISHING ITS MONTHLY EDITIONS ON SEPTEMBER 1, 2021.
TAKE A LOOK AROUND NOW, SUBSCRIBE, AND THEN COME BACK IN SEPTEMBER.

In this sample issue, a taste of what's to come
Editor's Letter
What the heck is brutjournal?
by Edward M. Gómez
London
Jean Dubuffet at Barbican Centre and Art In The Age Of Now at old Fulham Town Hall
reported by Cathy Ward
Wisconsin, USA
Dipping into the SPACES Archives trove, and getting to know Seymour Rosen
by Annalise Flynn
Here, there, and everywhere
Looking ahead at the subjects we'll be covering and some exclusive features to come 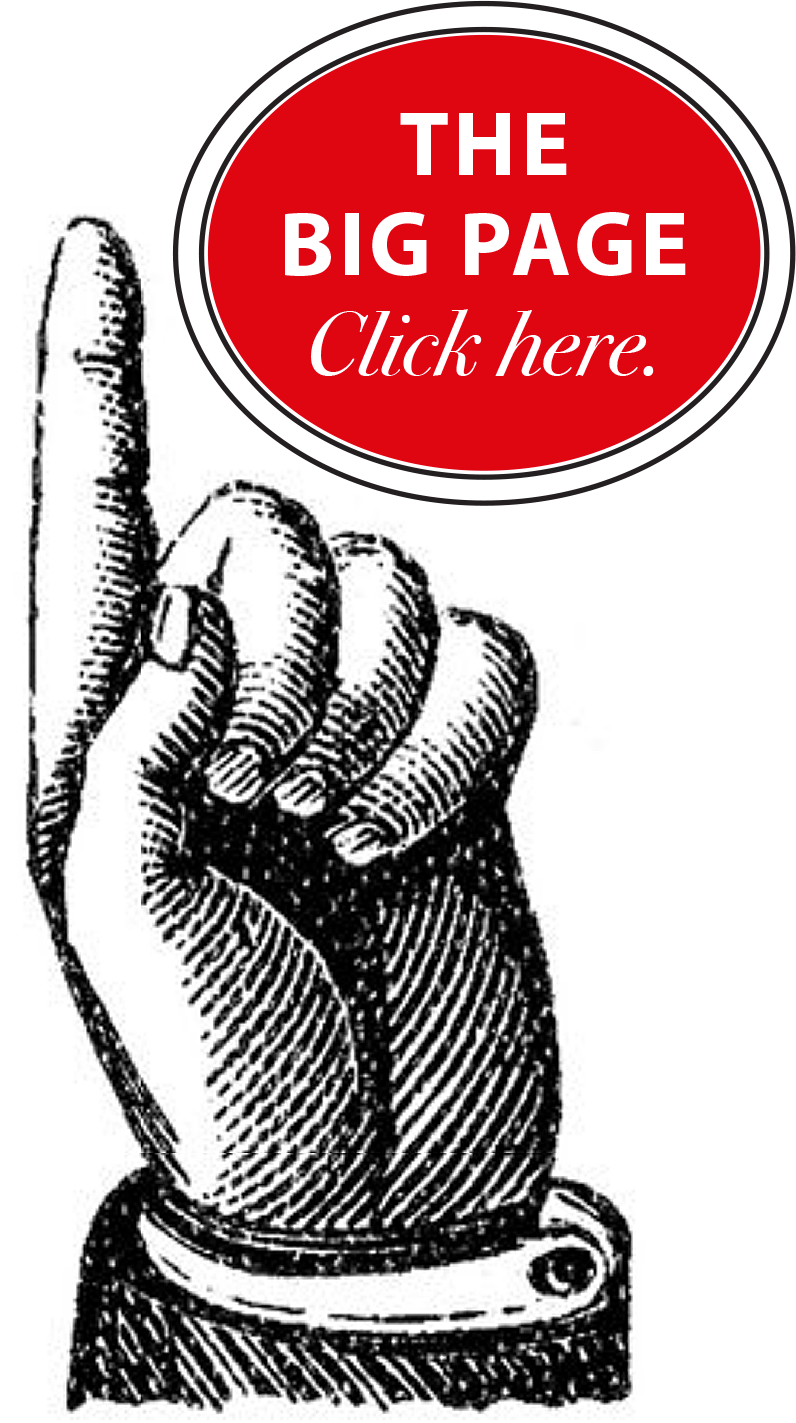 NAM JUNE PAIK: SAN FRANCISCO RETROSPECTIVE
A comprehensive, career-surveying exhibition of the work of Nam June Paik, the Korean-born artist who is recognized as the founder of video art, is now on view at the San Francisco Museum of Modern Art. Sarah Fensom, brutjournal’s U.S.A. West Coast bureau chief, reports on her recent visit to the Bay Area, where she was intrigued and bedazzled by the big show: 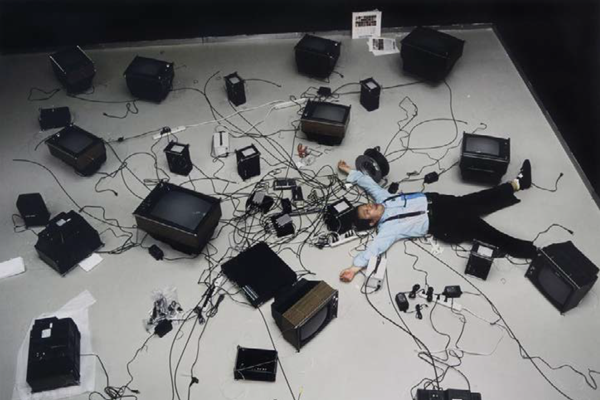 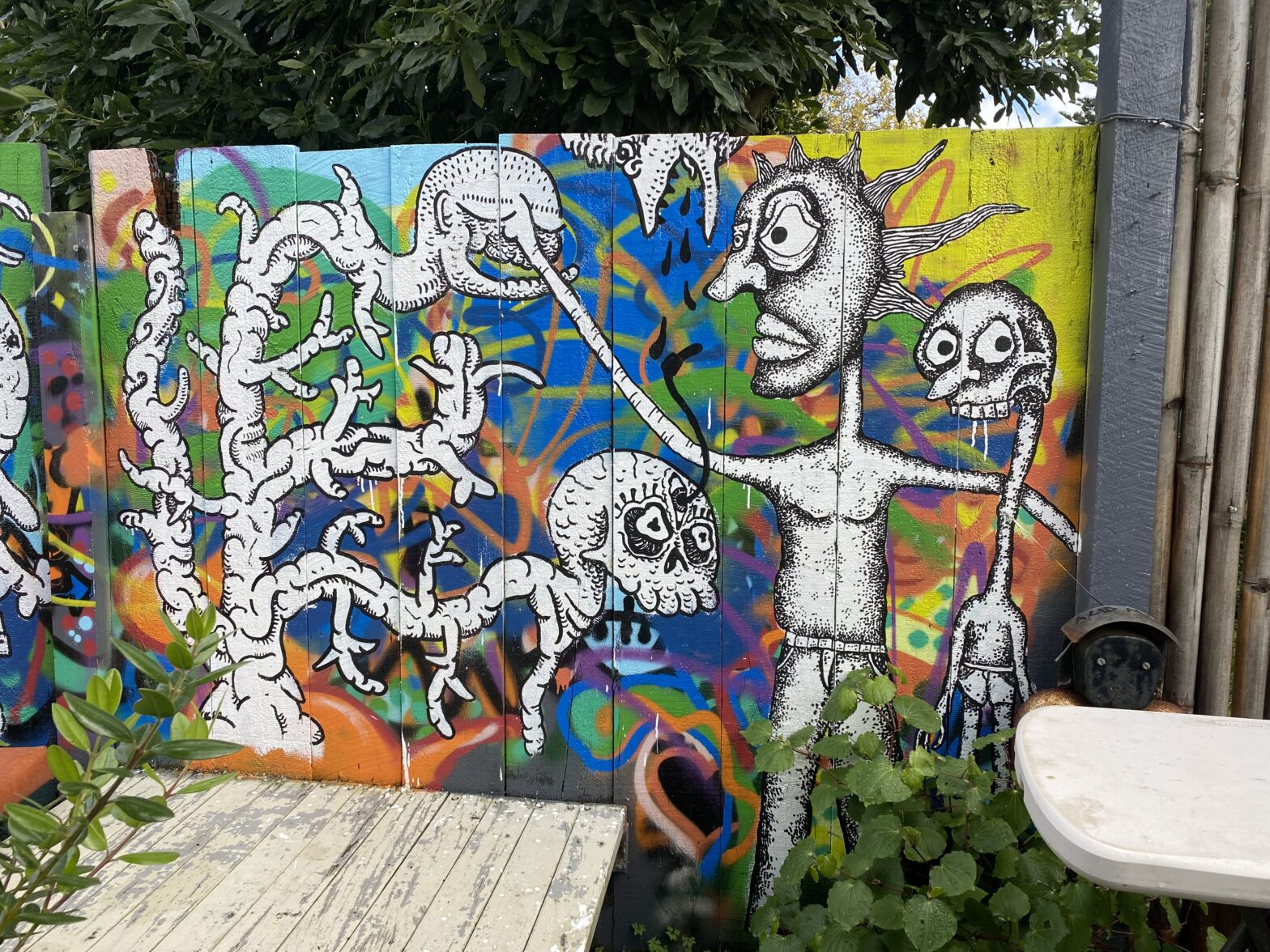 Coming in September’s inaugural issue: An exclusive, photo-illustrated report from the west coast — the Tasman Sea side — of New Zealand’s northern, main island about a community of self-taught surfer-artists who have been painting their boards and hitting the waves in psychedelic-surrealist style. Cowabunga, mate! 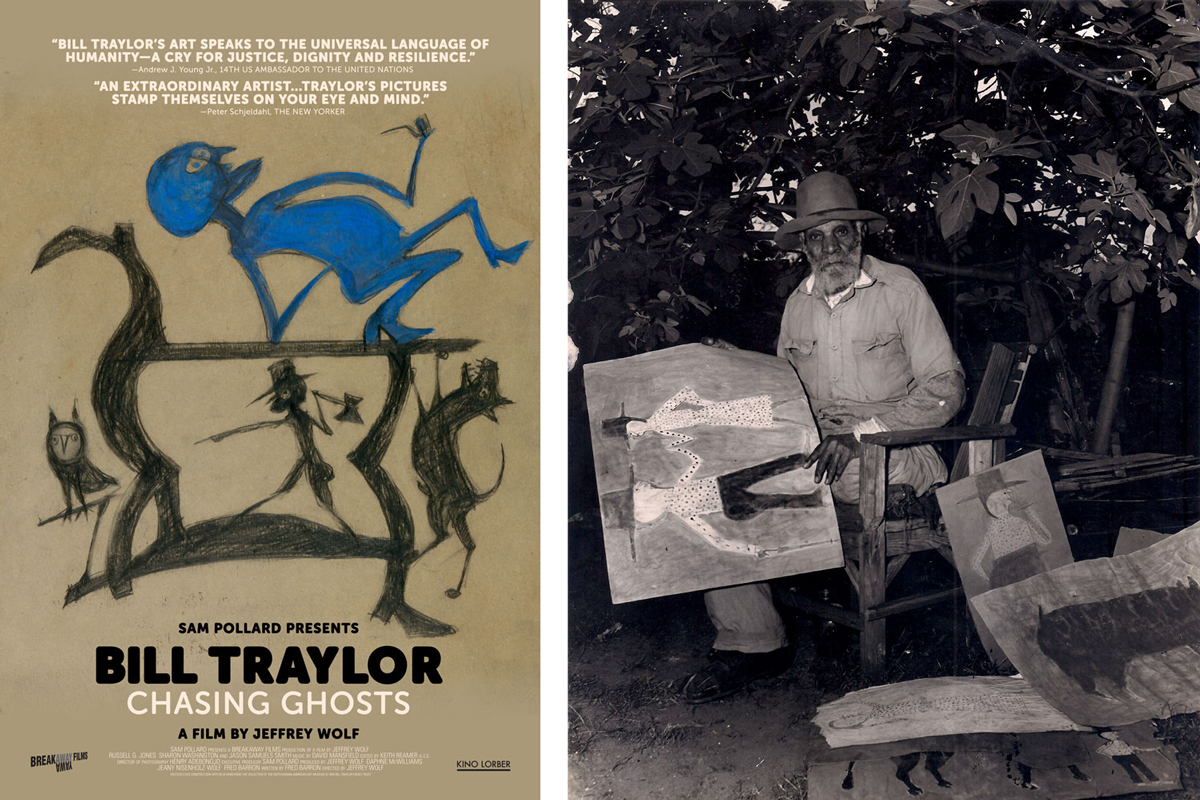 Right: Bill Traylor (circa 1853-1949) in Montgomery, Alabama, in an undated photograph. Photo: Albert Kraus Collection, Tommy Giles Photographic Service
Cinematographer and cinephile Chris Shields reviews Jeffrey Wolf’s new film about the life and art-making career of the American self-taught draftsman Bill Traylor, who was born in Alabama toward the end of the slavery era and created one of the most boldly inventive bodies of work of any artist of the 20th century.
Read the Shields review here.

HELGA ROTTERDAM GOUDA: AS I SEE IT
brutjournal’s resident aesthete, Helga Rotterdam Gouda, is nothing if not wisely critical, weighing in on the trends, debates, and curiosities in the fields we cover; nothing is too far-out, taxing, or distracting for Helga, who writes: 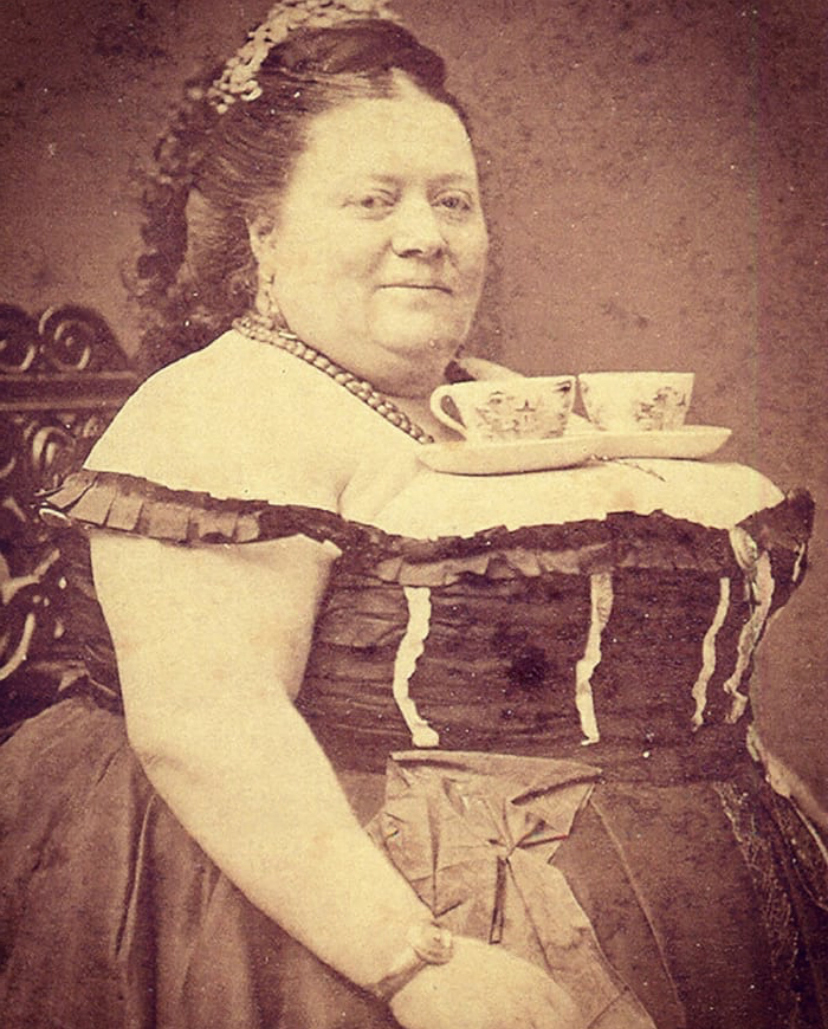 My darlings, what are we to make of the news that we are now living in a so-called post-truth age? Huh? What the heck does that mean? I’m reminded of the many millions of our fellow members of the human family who slogged through the long, grim decades of the former Soviet Union, often joking about Pravda (“Truth”), the official newspaper of its ruling Communist Party, and about Izvestiya (“News”), the official organ of its paranoid, oppressive government. They said: “In Pravda, there is no news, and in Izvestiya, there is no truth.”
Read More
IN SPAIN, UNIQUE, SITE-SPECIFIC, ARTIST-MADE ENVIRONMENTS BECKON — AND NEED URGENT CARE; EXCLUSIVELY FOR brutjournal, JO FARB HERNÁNDEZ REPORTS 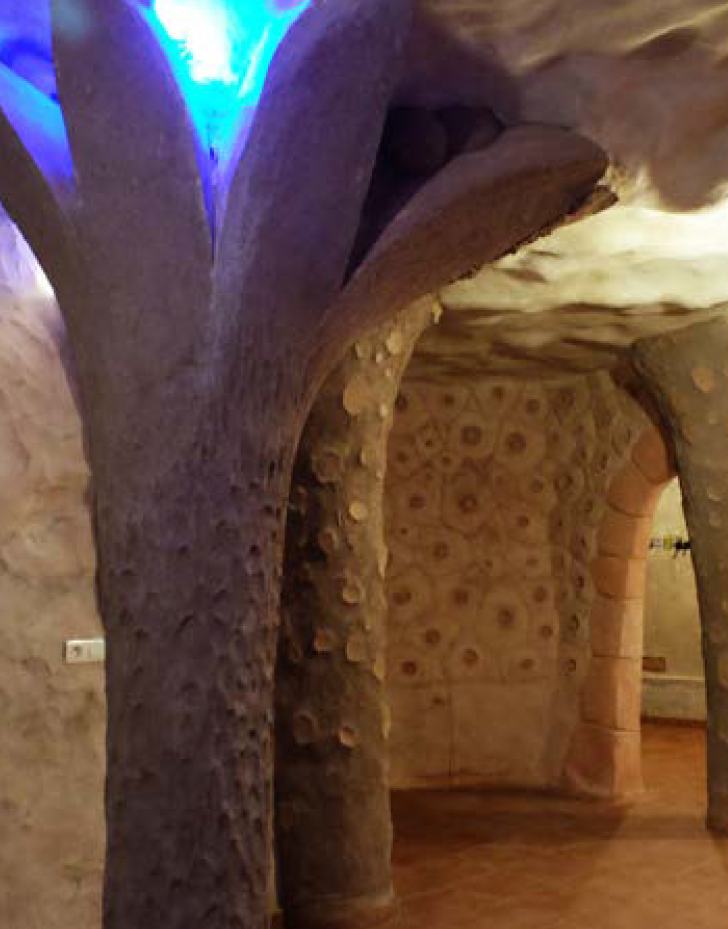 Based in northern California, where she taught for many years at San José State University, Jo Farb Hernández has spent decades documenting environments created by visionary self-taught artists across Spain’s varied terrain. Her book Singular Spaces: From the Eccentric to the Extraordinary in Spanish Art Environments was published in 2013; now she is working on a new volume that will examine 100 more unique, artist-made places. Exclusively for brutjournal, Hernández has invited us to dip into her notebooks and savor her revealing field work.
Read More

“YOKO ONO/PLASTIC ONO BAND”: A STRANGE, UNEXPECTED RECORD, STILL RADICAL AFTER HALF A CENTURY
Just over half a century has passed since the Japanese-born, avant-garde artist Yoko Ono’s strange — and oddly compelling — solo debut record album, Yoko Ono/Plastic Ono Band, was released at the end of 1970. It was the dawn of the decade of chart-topping, solo-act singer-songwriters and also of rock “supergroups.”

When Ono’s vinyl LP first appeared, opening on side one with an urgent, hair-raising scream — the artist shrieking the word “why” over a pounding back beat, with John Lennon grinding his electric guitar, Ringo Starr smack-stabbing his drum kit, and Klaus Voorman charging ahead on the bass — critics, rock-music lovers, and, above all, Beatles fans did not know what to make of the artist’s bizarre performance or the unfathomable sound pouring out of their speakers. Some kind of avant-avant-garde rock had arrived. Read about brutjournal editor in chief Edward M. Gómez’s forthcoming, in-depth examination of Ono’s peculiar — and unexpectedly influential — experimental masterpiece.
Read More 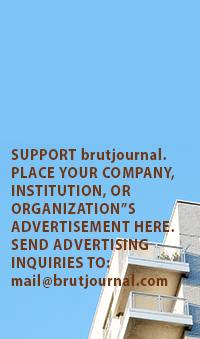 INTO THE SPACES ARCHIVES 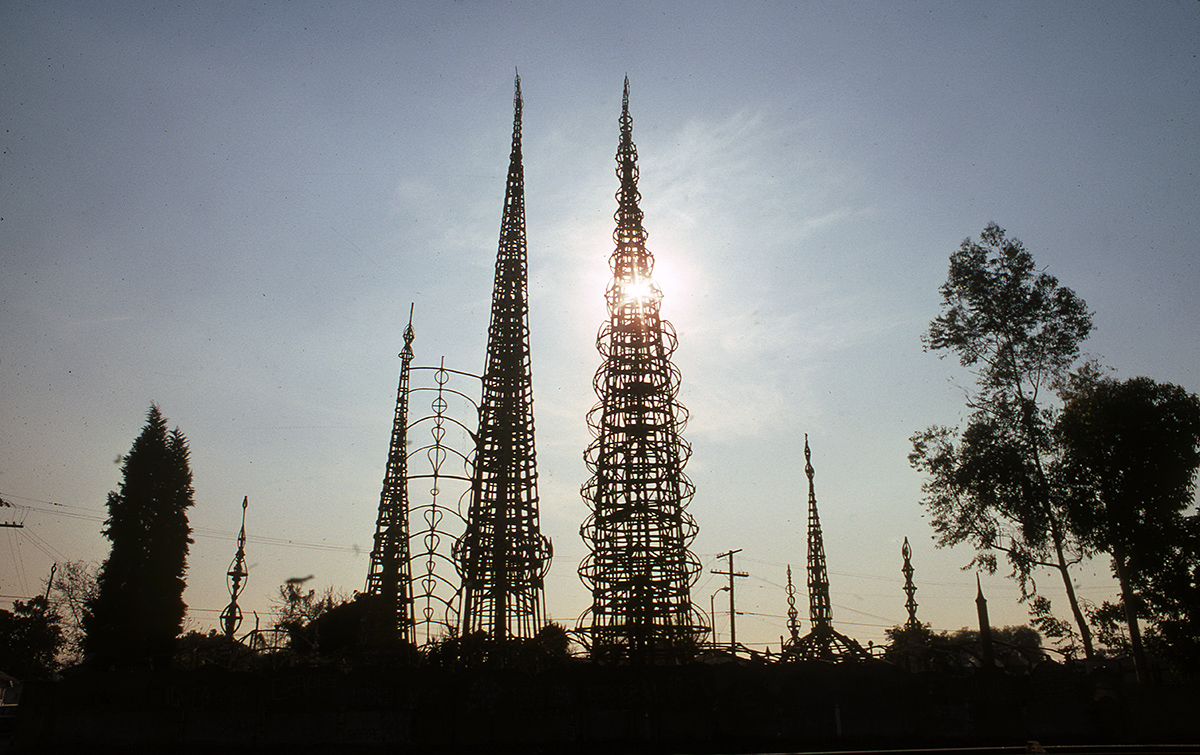 Simon Rodia’s Watts Towers, Los Angeles, California. Photo by Seymour Rosen ©SPACES–Saving and Preserving Arts and Cultural Environments.
Annalise Flynn, a specialist working in the SPACES Archives, which are now overseen as a preservation project by the Kohler Foundation, in Kohler, Wisconsin, provides an insider's summary of the history of this vital research resource, which was founded by the photographer Seymour Rosen in California in the late 1970s and has documented art environments made by self-taught artists. Flynn looks back at some of the high points of Rosen's curatorial career, too.
Read More
HERE, THE FILM “VALTON TYLER: FLESH IS FICTION” FINDS A HOME 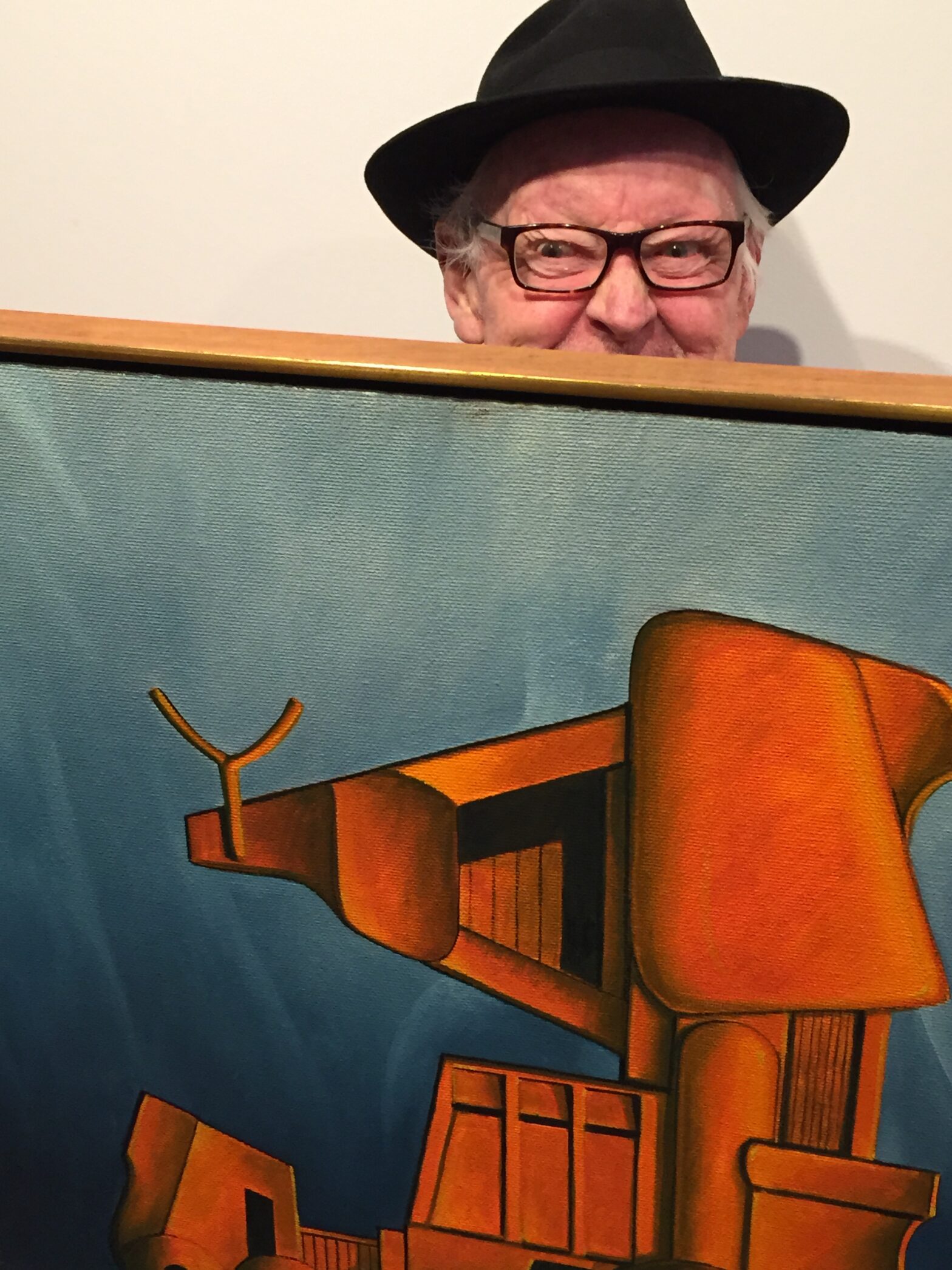 The self-taught artist Valton Tyler (1944-2017) spent most of his life living and working in Dallas, Texas, and its environs. He created a remarkable body of work — oil paintings on canvas, ink drawings on paper, and complex etchings — that remains very hard to classify according to existing style and genre labels. In 2017, brutjournal’s founder, Edward M. Gómez, and the cinematographer Chris Shields made the first-ever film about Tyler’s life and art, which the artist saw before he died. Now, this 42-minute-long film will reside permanently here, on the magazine’s website. It may be viewed in its entirety, free of charge. Watch it and get to know the bright, bizarre world of a techno-baroque visionary.
Read More