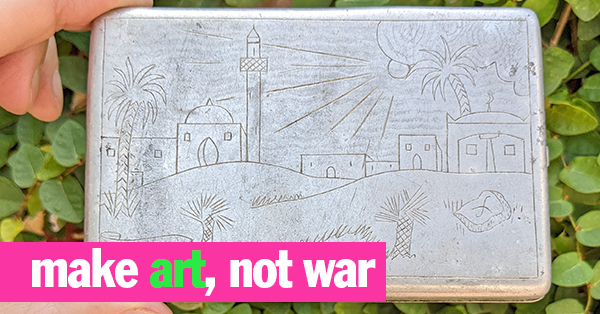 WHEN PRISONERS OF WAR MAKE ART, NOT WAR

DISLOCATED AND DETAINED, POWs CREATE MEANINGFUL OBJECTS IN THE MIDST OF VIOLENT CONFLICT

Around the world, the current moment is undoubtedly one of tumult, whether this refers to the extreme weather affecting so many different places, thanks to the forces of global climate change, or to the attacks by masses of Russian troops that have been pummeling Ukrainian cities since February of this year.

Russia’s dictatorial leader, Vladimir Putin, has aimed his scorn at Ukraine and its people like a soldier firing cluster bombs. Meanwhile, in a fog of political and economic uncertainty, Western observers have been shocked by — and may be starting to recoil from— the media’s endless outpouring of images of dead civilians, burned-out shells of armored vehicles, destroyed hospitals and schools, and once-placid city blocks that now resemble images in old, dog-eared photographs from the era of World War II.