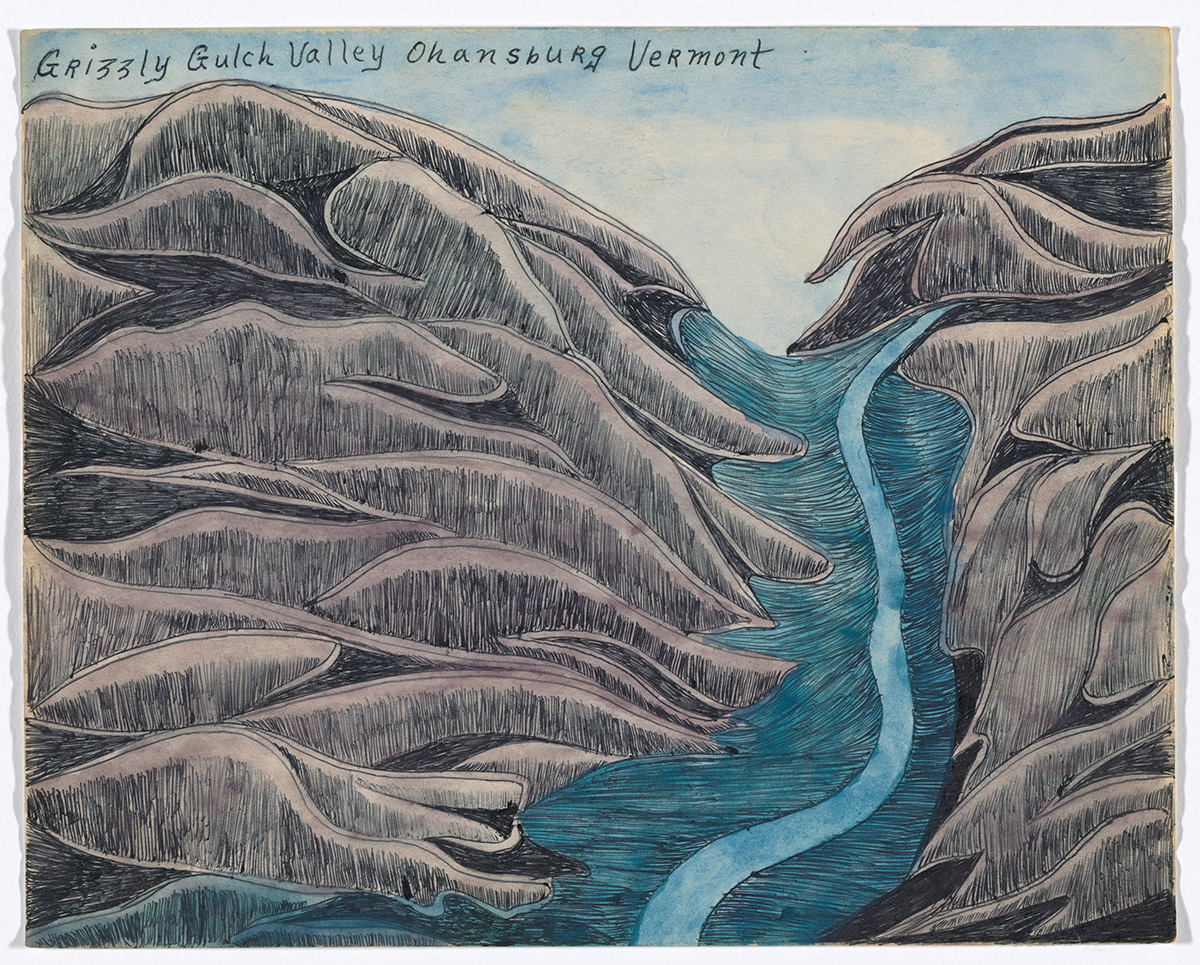 IN CHICAGO, A BIG SURVEY OF THE SELF-TAUGHT DRAFTSMAN’S ART

In 1962, Joseph E. Yoakum (1891-1972), a 71-year-old U.S. Army veteran with no formal art training, had a dream in which he was encouraged to draw. In the decade following that vision, until his death, Yoakum created some 2000 works of art, mostly landscapes inspired by his memories of his youthful travels.

After creating art for about six years in his storefront apartment on Chicago’s South Side, Yoakum presented his first exhibition at Edward Sherbeyn Gallery in that city in 1968. He developed a close relationship with Whitney Halstead, an art professor at the School of the Art Institute of Chicago (SAIC), who helped Yoakum organize exhibitions and sell his work. Some of Halstead’s students and friends, many of whom would become known as important modern artists, became ardent collectors of Yoakum’s art. Among them: Jim Nutt, Gladys Nilsson, Ray Yoshida, Roger Brown, Lori Gunn, Christina Ramberg, Philip Hanson, Karl Wirsum, and other figures in the Chicago art world of the 1960s and 1970s.

Yoakum, who was Black and claimed Native American heritage, was born into poverty in Missouri. Around the age of 10, he ran away from home and joined the circus. His travels around the world with various circuses and, later, as a U.S. Army soldier during World War I, provided inspiration for his ballpoint-pen, pastel, and colored-pencil drawings. He was itinerant for much of his adult life until he settled in Chicago at the age of 51. During the last years of his life, it was his artwork that traveled to — and reached wide audiences at — such high-profile venues as the Museum of Contemporary Art, Chicago, and the Whitney Museum of Art in New York.