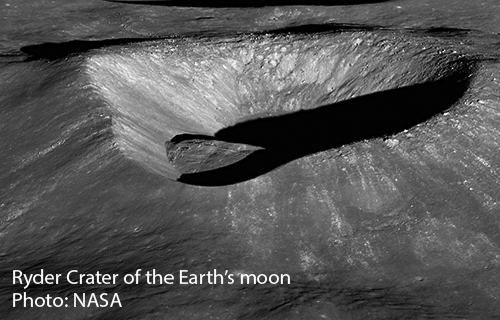 THE SECRETS OF SHADOWS: SCIENCE IN SILHOUETTE

WHAT THEY HIDE THEY CAN ALSO HELP REVEAL

David Bjerklie, brutjournal’s art-and-science correspondent, sheds some light, from a technical point of view, on the nature of shadows.

We are all students of shadows.

Most of the time, our attention functions unconsciously. We’re automatically alert to the presence of shadows because of the information they provide. Shadows help us orient ourselves in time and space. They serve as a kind of early-warning system, for as ghostly moving smudges, they announce the presence of that which lies beyond our immediate field of vision and in this respect can feel mysterious or unsettling — or worse.

Scientific surveys have shown that a small percentage of the general population suffers from an acute fear of shadows, which is known as “sciophobia.” For sciophobes, the sight of shadows can trigger full-on panic attacks.

The kind of information a shadow may provide will depend on the light source that creates it, and although most observers are rarely consciously aware of the act of perception, they do tend to apprehend whether a shadow is elongated or foreshortened, or if it has sharp or blurry edges, or if it is a two-dimensional silhouette or suggests a three-dimensional volume.

Perceptually, the direction in which a shadow extends — and if and how it moves — helps an observer locate its light source. Moreover, since, in evolutionary terms, our natural light source, the Sun, is and always has been situated above our heads, any departure from a sense of that light-source orientation can feel unnerving. Hence every kid’s endless delight in watching the effects produced by shining a flashlight upward from the chin, illuminating a face from below.

In fact, as humans, we are so visually hardwired to assume that light comes from above that our eyes have a tough time interpreting scenes that are illuminated from below. You can test this yourself. For example, take a photo of a crater on the moon, and turn it upside down. A form that originally was concave — the crater’s basin — will now appear convex, and the crater will suddenly transform itself into what resembles a lunar mound. Imagine how crucial the position of the light source would be for an astronaut piloting a lunar module who is searching for a place to land.

While it’s understandable that many artists — for instance, painters working in so-called realist modes, or painting and photo portraitists — must pay closer attention to shadows than the rest of us, what is less obvious is how and why astronomers must do so, too. The study of both solar and lunar eclipses, phenomena in which, respectively, the Sun and the Earth’s moon are cast in shadow, focuses on the boundary between light and shadow. Astronomers study shadows in other ways, too. For example, one of the primary means by which they detect planets outside our own solar system is by measuring the minute decrease in light emitted by a distant star as an orbiting planet travels across the face of that star. By measuring the precise amount of missing light, astronomers can estimate the size of a planet under observation.

Astronomers have used sophisticated variations of this technique to measure the magnitude of distant stars when a passing asteroid blocks an infinitesimal amount of light that normally comes from a particular star. On a vaster cosmic scale, astronomers have used the light of a distant quasar — or even that of an entire galaxy — as a means by which to detect and measure the shadow created by nearly invisible clouds of hydrogen gas stretching across enormous expanses of the universe.

In a sense, then, shadows are rascals, representing both absence and presence, and obscuring objects — or visual information — just as capably as they may illuminate them, too.