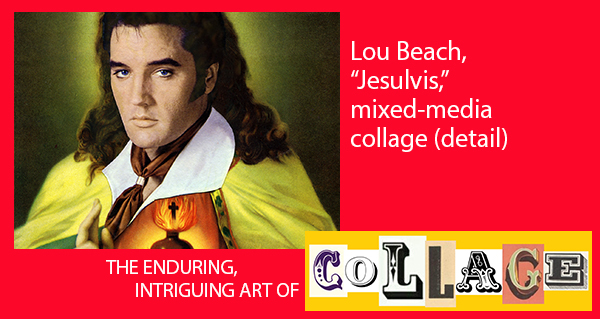 AN EXPERIENCED COMMERCIAL ARTIST HAS LONG REVELED IN THE GENRE’S QUIRKY, CREATIVE FREEDOM

Now 75 years young, Lou Beach emigrated with his Polish parents from Germany to the United States in 1947. He grew up in Rochester, in upstate New York, and after a short period as a college student, headed west to California, where he held what he describes as “many blue-collar jobs.” There, as a young man, he began making art.

Beach recently told brutjournal: “After a few years in California, I moved to Boston, ostensibly on my way to Europe, but I stayed [in Boston] and worked as the sexton — that is, as the janitor — of a famous church and continued making collages. I was fortunate to have an art patron who allowed me to live in her homes on Beacon Hill and in Martha’s Vineyard. She was instrumental in my having a one-man show at the newly opened Boston Center for the Arts.”