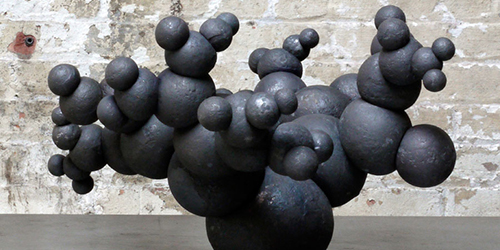 THE LANGUAGE OF ABSTRACTION: JOHN CRAWFORD FORGES ON

What is it about abstract art that still seizes the imagination of artists and art lovers around the world more than a century after its modern expressions began to emerge — art-makers and viewers who continue to find expressive power in the simplicity — or richness — of color, line, and gesture, and an exultant, even spiritual charge in the essence of pure form?

With this article, brutjournal inaugurates a new series of interviews and thematic essays that will examine different aspects of the alluring and intriguing language of abstraction.

We’ll speak with artists, art dealers, collectors, curators, and students about a kind of art that, at its best and in many ways, is still as radical today as it was when its first rumblings were detected in the late 19th century in the works of such artists as J.M.W. Turner, James McNeill Whistler, and the mediumistic maker of “spirit images,” Georgiana Houghton.