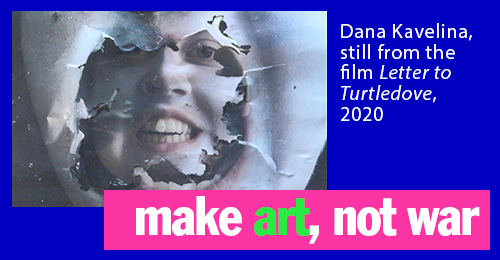 REACTIONS TO TERROR IN UKRAINE IN THE EXHIBITION “WOMEN AT WAR”

A timely, important, and disturbing exhibition has opened at Fridman Gallery in New York — one that's worth dropping your tall glass of iced tea or iced latte and that annoying TikTok feed for and rushing over to see.

At a very tense — for many urgent, understandable reasons — period in world history during what, for many people, in many places, are supposed to be the laid-back weeks of summer, Women at War, organized by the Polish-born curator Monika Fabijanska, is one of those presentations of contemporary art that manage, compellingly, to perfectly capture the emotional-psychological-spiritual mood of their times. For, now, the moment we are living through is one of unspeakable violence, destructiveness, and injustice in many parts of the world.

Women at War focuses on events in Ukraine, the large, eastern-European country (population: roughly 40 million) that was invaded and attacked by Russia, its neighbor to the east and northeast, starting in late February of this year. This assault followed Russia’s forced annexation of the Crimean Peninsula — Ukrainian territory — in 2014.