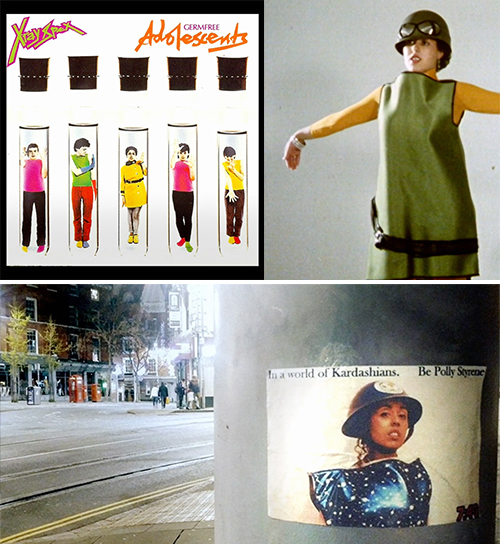 The new film Poly Styrene: I Am a Cliché vividly recounts the life story of one of the most distinctive voices — and thinkers — of the punk-rock movement of the 1970s. Photos from the film, courtesy of its producers
POLY STYRENE, PUNK’S VISIONARY, TRUTH-SEEKING PURIST, REMEMBERED ON FILM: “I AM A CLICHÉ”

A NEW DOCUMENTARY RECALLS THE LIFE OF AN ALL-ORIGINAL, UNLIKELY POP-CULTURAL ICON

The new documentary Poly Styrene: I Am a Cliché, which was directed by Celeste Bell and Paul Sng, and developed in collaboration with the writer Zoë Howe, is now emerging on the British film scene and should soon make its way from the film-festival circuit to art-house cinemas in other parts of the world or maybe to an internationally accessible streaming service. A chronicle of the life of Poly Styrene, the founder and leader of the late-1970s punk band X-Ray Spex , I Am a Cliché is one of the most fresh-feeling documentary bio-films to come along in a long time. To be sure, its impact owes a lot to the unusual, eventful journey through life of its subject, a personal trajectory that was packed with unexpected twists and turns.