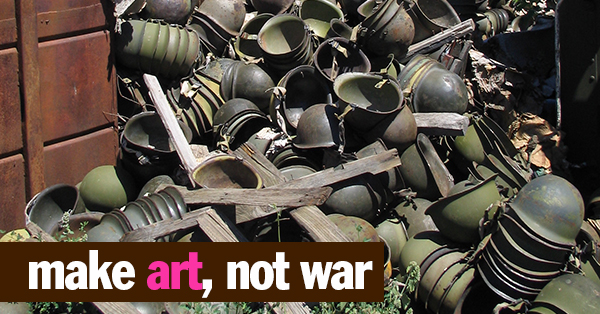 PHOTO ESSAY: A HOME FOR UNUSED TOOLS OF WAR

A ROAD TRIP LEADS TO A VAST, EERIE RESTING PLACE FOR MILITARY EQUIPMENT

photos by and interview with Cathy Ward

In 2004, the British artist Cathy Ward, who now lives in London and serves as brutjournal’s United Kingdom-based correspondent, took part in a residency program at the defunct Wendover Air Force Base, a former U.S. military facility located right next to the border with Utah, in northeastern Nevada. (Utah lies immediately to the east.) The program was run by the Los Angeles-based Center for Land Use Interpretation (CLUI), an organization whose research, exhibition-making, and other activities focus on how land in the United States is perceived, used, and apportioned.

During her stay in the U.S., Ward and the American artist Eric Wright, an Ohio-born painter with a keen interest in U.S. history of the 19th-century, westward-expansion era, traveled along the route of the historic Donner Party, a group of pioneers from the American Midwest who made their way to California in the 1840s, only to encounter an expedition-stopping snowfall in the Sierra Nevada that led to many deaths.