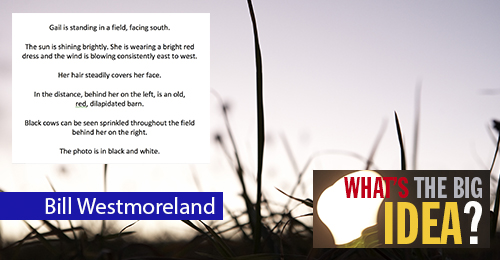 OUT THERE: AN EARLY CONCEPTUAL ART PROJECT, ODD, RADICAL, AND MISUNDERSTOOD

The New York-based photographer Bill Westmoreland, who is well known for his work as a portraitist, having produced enduring images of many actors, musicians, and other performers, serves as brutjournal’s visual director.

As this issue’s special group of articles looking at conceptual-art aesthetics was being prepared, Bill mentioned that, in the early 1970s, when he was studying at Stephen F. Austin State University in Nacogdoches, East Texas, the ideas and principles associated with the then still very young and evolving conceptual-art movement were just beginning to become known at regional schools like his. They were located way beyond the international art-world and art-market center of New York, and far from the specialized art magazines, based in that city, that had been tracking the new art's development.