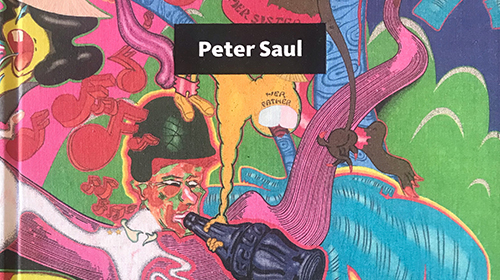 In early October, Rizzoli/Electa published Peter Saul, the first major monograph focusing on the work of a California-born artist whose colorful paintings are known for skewering pop culture and political figures in a signature style that is equal parts Mad magazine and Willem de Kooning. The production of this hefty volume, which weighs in at 320 pages and retails in the United States for $85.00, was overseen by Saul himself. It features the largest selection of the artist’s work that has ever appeared in reproduction in book form.

Although Saul has been an active and influential figure in the art world for six decades, recent years have seen his star rise notably, and the visibility of his art increase. He’s one of those painters around whom there always seems to be plenty of buzz, especially from and among other artists.