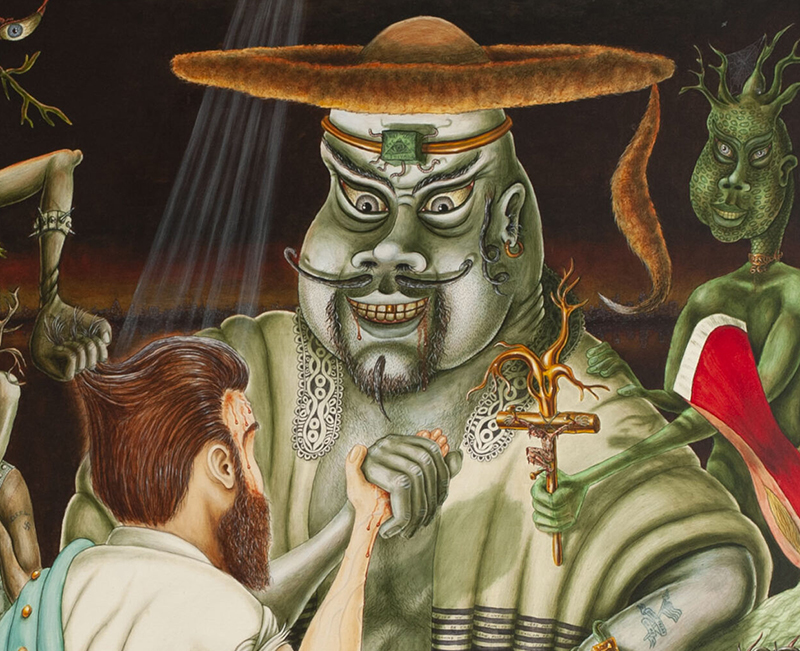 Norbert Kox (1945-2018), who spent most of his life in and near his hometown, Green Bay, Wisconsin, began making art when he was a child. Later, as the member of a biker gang, he decorated motorcycles and cars, and went on to make art using found materials. He left the gang and became deeply involved in Christianity. However, he developed his own interpretations of the religion’s scriptures and teachings, which were reflected in his apocalyptic paintings. Often, he incorporated into his pictures biblical-sounding phrases or texts in Hebrew or English whose character could be cryptic, polemical, or admonitory.

On the occasion of Norbert Kox Retrospective, an exhibition of the artist’s paintings that just ended at the Lawton Gallery on the campus of the University of Wisconsin in Green Bay, Cathy Ward, brutjournal’s London-based artist-correspondent, penned this reminiscence of the American artist whose work was unusual and bold, and which has attracted something of a cult following.