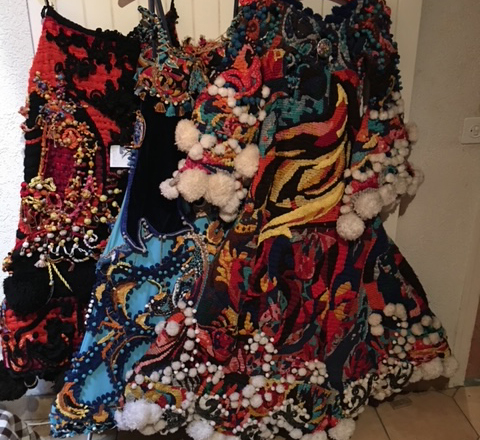 EXCLUSIVE REPORT: DISCOVERED IN SWITZERLAND: PAINTINGS, NOTEBOOKS, AND UNUSUAL GARMENTS MADE BY THE RECLUSIVE “E.B.”

IN AN UNOCCUPIED, OLD HOUSE, ITS NEW OWNER DISCOVERS A STRANGE ARTISTIC LEGACY

Sometimes, the myth really does live up to the myth.

In the related, overlapping fields of art brut and outsider art, the profile of the solitary, reclusive, strangely behaving autodidact, someone who sometimes is affected by mental illness or a physical ability, and whose life is marked by economic hardship, has become a central motif in the narratives of many recognized artists’ lives and careers.

In many cases, even when such a non-academically trained art-maker living on the margins of mainstream society has firm anchors in the traditions, history, and culture of a particular people or place, he or she may still be regarded as a local, lovable eccentric, around whom, inevitably, myths fueled by gossip, curiosity and suspicion may emerge.