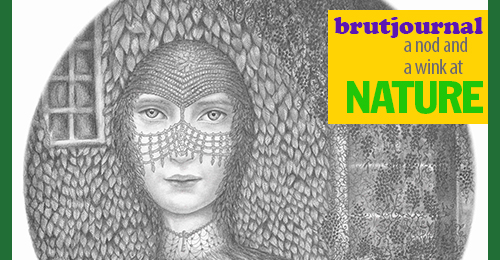 CYNTHIA LUND TORROLL: FINDING MYSTERIES IN MOTHER NATURE AND IN HUMAN NATURE, TOO

To look back over the range of philosophical outlooks, sources of inspiration and motivating ideas, observations about life and art, and diverse creations of the many artists whose work brutjournal has examined since the magazine made its debut during the summer of 2021 is to realize that to have an imagination and not exercise it — vigorously, ambitiously, and even with a dash of courage and audacity — is like having no imagination at all.

Artists exploring the expressive potential of their materials and expanding the limits of the forms art may take and of what art can say — we continue to be intrigued and impressed by their discoveries and accomplishments as explorers, thinkers, and communicators.

Born and brought up in the suburbs of Milwaukee, Wisconsin, where she still lives and works today, over the years, the primarily self-taught artist Cynthia Lund Torroll (Instagram: @cia_lund_torroll) has developed a distinctive body of work filled with mysterious images that often seem to spring from some otherworldly realm or from corners of the natural world in which nature’s forces have become inexplicably twisted or confused.