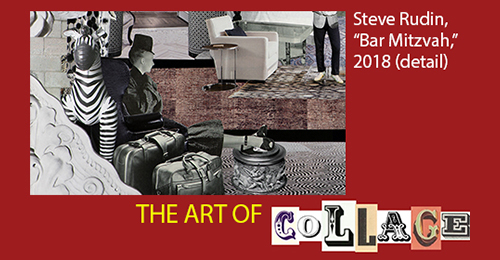 Looking back at the modern history of psychiatry, one finds that pictures, handicrafts, and other objects or expressions of an artistic nature made by patients who were under observation or receiving treatment were often used for diagnostic purposes. The French modern artist Jean Dubuffet’s recognition and appreciation of the aesthetic character and value of some of the more distinctive creations of this kind, which he regarded as veritable works of art, helped inform his notions about what, in the 1940s, he categorized as “art brut” (literally, “raw art”), coining that new term (which applied to the works of other kinds of marginalized art-makers, too).

For some observers, especially of particular works or bodies of work made by artists whose lives were or have been marked by mental illness, traumatic experiences, or notably dramatic twists and turns, it can be tempting to try to analyze their productions in search of clues to comprehending their outlooks or intentions.

But psychoanalyzing artists through their works can often devolve into a parlor game that ends up limiting one’s understanding — and depth and breadth of appreciation — of their expressions in various media or genres. Such an exercise can also limit the satisfaction to be derived from letting a work of art speak for itself, an approach most formalist observers would prefer and recommend.

With these thoughts in mind, the precisely rendered collage works of the New York-based artist and psychiatrist Steven Rudin both tease an informed viewer into trying to read them for clues about whatever it might be that make their creator tick — as an artist, a thinker, or a professional in his specialized field — and into inspecting them with sharp eyes in search of hidden meanings beyond the literal meanings of the many juxtaposed images of which they are composed.

Rudin, who teaches part-time in New York at the Art Students League, has lectured about his work and about collage art in general at various schools and museums, and his works have been presented in numerous exhibitions. He also offers collage-making workshops, both online and in person.

Rudin’s collages, like his “Bar Mitzvah Noir” (2018), bring together such disparate characters as a festive family and this cinematic picture’s leading man, a smartly dressed teenage boy, along with a plump figure from a Northern Renaissance painting; a well-appointed female traveler with her packed suitcases; a seated-Buddha statue; a costumed delegation from Central Asia; a blow-up, plastic zebra; and a stylishly dressed Barbie doll, all in a sprawling set of adjoining, bright, airy rooms.

His “Time of Reflection” (2020) offers a panorama of an imaginary metropolis in which buildings and other monuments in a cacophony of architectural styles settle down into an edgy-serene composition that could serve as the raw material for a mind-bending jigsaw puzzle. In “The Chakras” (2021), Rudin uses a variety of photos of skies, gardens, and buildings, some of which he shot himself, to fashion a lush, tranquil scene of an idyllic getaway located somewhere in the imagination between old Tuscany and modern Palm Springs. (Look closely for the frolicking raccoons.)

Rudin, whose academic background, prior to his focus on psychiatry, was in Spanish linguistics and literature, told us that, for him, “laying down the parts and then rearranging and refining” them to create collages is an approach similar to the one he would take to writing a story.

About his art, he said, “It serves as research for a greater philosophy about creativity and emotional resilience. In many ways, I am translating 20 years of experience as a psychiatrist through the language of art. My goal is to get more people interested in how art relates to them personally and how they can use creativity as a tool in their lives.”

We were curious to find out when Rudin became aware of collage art and then began making his own works of this kind. He told brutjournal: “I was introduced to a cutout magazine technique in a studio-art class in high school. I carried the image of that collage in my mind for about 25 years, imagining, at times, how I might make a better one. In 2012, I started assembling snippets from magazines from the waiting room of my office. One work led to another and another and another.”

Around that same time, he recalled, he became “immersed in learning a new theory of psychotherapy based on the interplay of parts of the self.”

To our considerable fascination, Rudin went on to explain, “Figuring out how these multiple interests were related became the foundation for my philosophy about the psychology of collage.” As a result, the artist’s creations may be seen as reflections of Rudin the psychiatrist’s thinking about how the different parts of the self, as they have been theorized and described by psychiatry and psychoanalysis, interact; in them, the effervescence of the collage-making technique and the complex, sometimes confounding components of the human psyche Rudin has contemplated make for a complex, potent artistic cocktail.

With such concerns in mind, the artist noted, he sees his own work as “exploring collage as a metaphor for memory and identity.”

He added, “I am interested in how collage shows us that multiple stories can be told using the same parts. Stylistically, my collages are filled with psychological metaphors. As a psychiatrist and teacher, appreciating the power of perspective cannot be underestimated. For this reason, I use sweeping vantage points to invite a viewer in to explore a scene. I want to show that the position of the viewer to the story makes a dramatic difference. Framing, guiding lines, movement, layers, and depth are also prominent in my collage tableaux, serving as jumping-off points for considering how these visual metaphors relate to mental life. I am particularly intrigued by the relationship of memories and dreams.”

With their sense of aesthetic purposefulness, Rudin’s collage works may be seen in the tradition of those of, say, the modern artist Max Ernst (1891-1976), whose visual novel Une semaine de bonté (A Week of Kindness, first issued in 1934) consisted of collage compositions made up of images clipped from Victorian encyclopedias and other publications.

About collage as a way of thinking about and looking at the world, gathering and shaping one’s ideas, and making works of art, Rudin observed, “Collage is a reflection of how we see in our mind’s eye. It is so intimately related to the way we learn through construction. Art-making allows us to connect with our childhood selves. Collage is particularly powerful in that way.”

The artist Steven Rudin’s website can be found here.