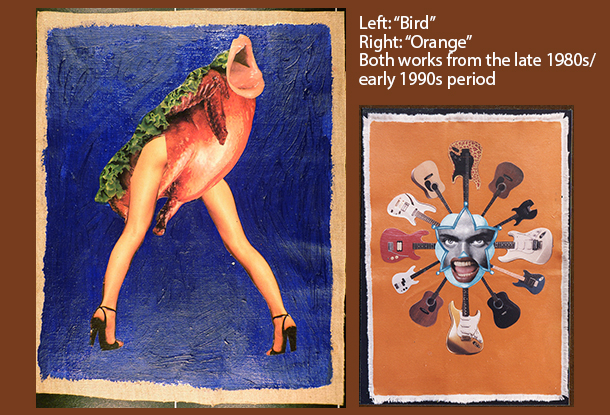 The artist Cathy Ward has long been interested in and inspired by a wide range of subjects and passions, from mythology and forgotten cultural histories to punk rock, wagon trains, harpsichord music, Irish folk songs, anything Gothic, cats, mediumistic art, and various aspects of the occult.

As brutjournal's London-based artist-correspondent, she has brought us numerous, fascinating reports from both the overlooked creative fringes and the front lines of the experimental, the far-out, the unexpected, and the hard-to-classify new.

Although Ward may be best known for the abstract paintings she has produced in recent years, whose rhythmic compositions seem to refer to the human body, skin, and cascades of voluminous, shimmering hair, while also bringing to mind the unknowable depths and forces of black holes way out in outer space, for many years, she has also made collage works or integrated collage elements into her various creations.