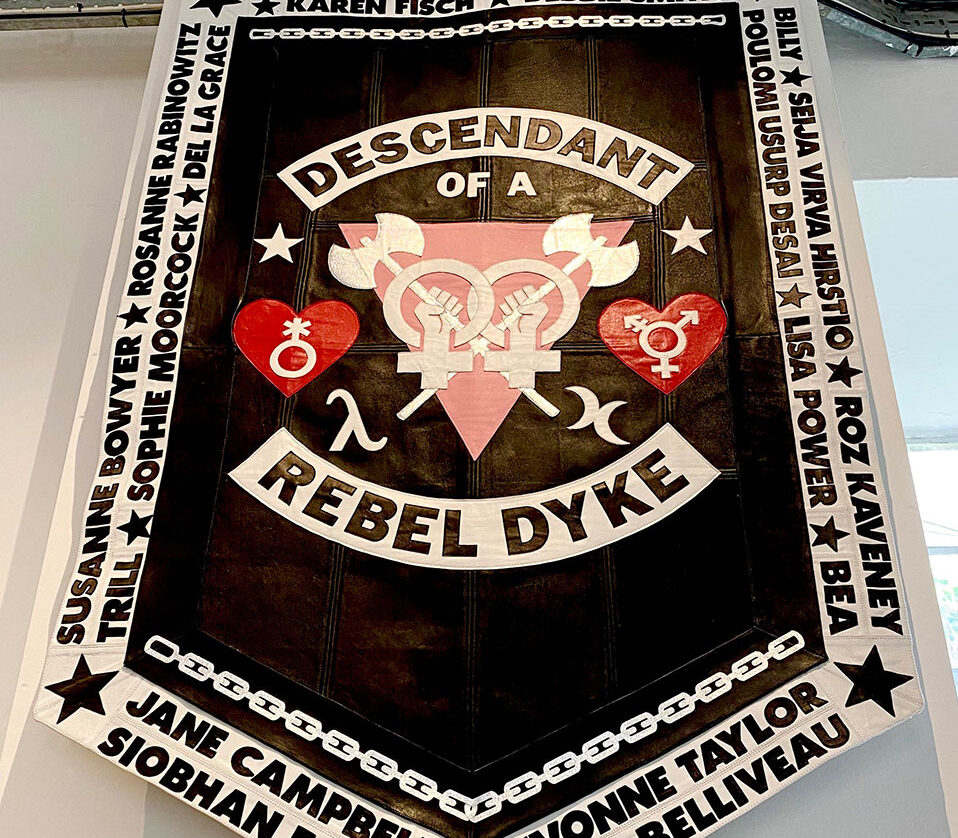 Masked up and fully vaccinated as the anxiety-filled pandemic drags on, brutjournal’s indefatigable, London-based correspondent, the artist Cathy Ward, has been out on the beat. From the virus-weary British capital in late summer, she reports:

LONDON — My first thought upon hearing that a Rebel Dykes exhibition had opened was: This has been a long time coming!

Here in London, for many years now, lesbian subculture has not exactly been hidden deeply below the radar, nor has its history remained unknown. Nevertheless, strangely, it still has not garnered as much attention in the mainstream as the cultures of certain other marginalized communities or urban tribes.

Its origins, in part, may be traced back to groups of women who met and lived at the Greenham Common Women’s Peace Camp over a period of nearly two decades. The GCWPC was a series of protest camps that were organized (starting in 1981, with the efforts of the Welsh outfit Women for Life on Earth) to oppose the British government’s siting of cruise missiles at RAF Greenham Common, a now-closed Royal Air Force station in the county of Berkshire, in southeastern England. Among the headline-making protests these female activists staged over the years, their “Embrace the Base” event was notable for bringing together thousands of women who joined hands and physically surrounded RAF Greenham Common and other military sites.