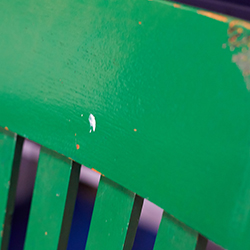 How green was my valley...

That phrase, uttered somewhere in the memory with a nostalgia-filled sigh, was the title of a 1939 novel by the Welsh writer Richard Llewellyn about a coal-mining family in Wales in the late Victorian era; it became a popular Hollywood movie directed by John Ford and starring the actors Walter Pidgeon and Maureen O'Hara, which was released in 1941.